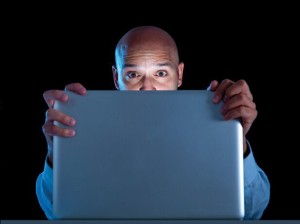 Though there is still some debate among researchers about the effects of pornography use on individuals, research has consistently shown that regularly viewing pornography can have negative effects on relationships—particularly if one’s partner disapproves of said pornography use. Sometimes, negative effects sneak up on a user and shape the way he or she views the world, without them even realizing it. Many of the following experiences hold true for both men and women who regularly view pornography, but for simplicity, we will focus mainly on the effects on men:

Since the majority of pornography portrays men as dominant or sexually coercive and shows that women enjoy this dynamic, pornography users tend to believe that this is realistically what they can expect sex to be like with their partner. Unfortunately, this sends the message to women that they should act like objects who aren’t supposed to feel pain, whose desires don’t matter, and who should have strong positive emotional responses whenever a man wants them to—regardless of how they really feel.