A Simple Trick to Save You Money – Kerry Robinson 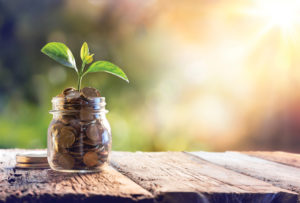 For many people, the hardest part of saving money is making the decision to go without something they want right now. In a study by the Brookings Institution, findings showed that Americans are largely living paycheck-to-paycheck. Surprisingly, sixty-six percent of Americans who are living paycheck-to-paycheck are considered middle class. The team involved in the study suggested that these people have a harder time weathering income shocks, such as illness or unexpected unemployment.

If you are one of these sixty-six percent, or if you feel you should do more to save money, there are some simple things you can do now to avoid the stress that comes with unexpected expenses. One way to make saving easier is to set up savings accounts and automatic transfers to save for these types of bills.

I had a coworker who recently did this and expressed how good it felt to be prepared and have the money when it was needed. “In the past when these kinds of bills came up, it caused a lot of stress because I had to figure out where to get the money, or it triggered austerity measures for the next month or two,” he said. “This time, paying the bills was a totally different experience because I had money set aside.”

You can do the same thing, or something similar. Here’s how:

First, consider a way you can cut back on your expenses so you can set up an automatic transfer to save a little each month for unexpected expenses. For example, if eating out costs your family $40, and eating in costs your family $20, you can eat out one less time per month, saving $20. Decide where you’ll cut back now, instead of on Thursday night at 6:00 p.m., when you might be more likely to spend more money on dinner…(read the rest of the story)