How do I Get My Husband to Come to Counseling? 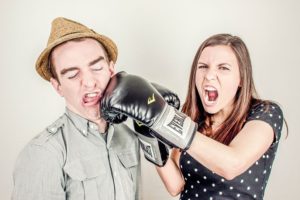 Counseling, if done right, is husband friendly! Find the right therapist and you’ll understand. The problem is that many husbands worry that the therapist is going to take their wife’s side and gang up on him, or that therapy will be uncomfortable. While the latter may be true, the former isn’t. A good therapist doesn’t take sides or act as a referee. I have had many couples want to hash out an argument in front of me in counseling so that I can tell them who is right. I stop them, and explain that even if one of them ended up right, that they would be so wrong in their rightness – their marriage would suffer because they insisted on being right instead of compassionate and forgiving. A good therapist, rather, is able to foster healthy interactions between spouses so that they both feel safe and are able to be vulnerable and genuine with each other. When husbands understand that what they feel and think is important, then they are more willing to make this uncomfortable leap with their spouse. Women are more likely than men to initiate therapy, but without buy-in from the man, it is difficult to be successful in therapy. My suggestion to women who want to initiate counseling, but have a reluctant spouse is to recognize that this is scary for your spouse. They may feel as if they will be attacked, or worse yet, that they will lose you. Help them understand that your desire for counseling is because you love him and because you want this to work – but aren’t sure how to make fix it. Ask him to give therapy at lest 3 sessions – after that if he still feels reluctant there might be another counselor or approach that you could try. Most men feel better about therapy after at least 3 sessions if you have the right therapist for you.