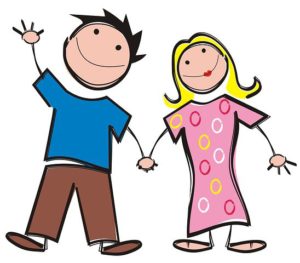 Couples counseling, if done right, is ‘husband friendly’. Most couples come into therapy because the wife seeks help, sets up an appointment and convinces her husband to go with her. He often feels as if he is forced into the session and as if he is the bad guy. He might think that the therapist is going to be on his wife’s side and that together, his wife and the therapist, are going to tell him what he needs to change.

Effective couples counseling couldn’t be further from this scenario. In couple’s therapy, a therapist will see the problem as something the husband and wife can fight together. The problem isn’t the wife and it’s not the husband – it’s the way that they have been going about their relationship. This is something the couple can work on changing without blaming each other. Couples often fall into the trap of thinking that their spouse is to blame for their relationship issues. They believe that if their spouse would just stop (fill in the blank) that they would be happy and have no problems. Thinking this way leads to frustration and disappointment. It takes courage and honesty to look at yourself and what you can change to make your marriage work.

In couples therapy a seasoned therapist will ask questions about the couple’s relationship patterns, not about who’s fault it is that they are there. They will talk about how they are talking with each other, what they are talking about, what they are not talking about, etc. Understanding these relationship patterns is one of the first steps to effective counseling. As soon as the coupe can get on the same team to fight against these unhealthy patterns that they have slipped into as a partnership, then they can work on identifying their underlying emotional needs and potential injuries. This is where great work happens as partners identify and express their emotional need and positions in a way that invites healing, connection and safety.

Pornography use is rampant and rising at an alarming rate. We all know the devastating effects that pornography addiction has on individuals, their family members, spouses and children. It can ruin lives, homes, jobs and futures. Everyone knows someone who has struggled with this issue, and many people have struggled with it themselves.

The Diagnostic and Statistical Manual of Mental Disorders (5th edition) was released a few years ago. Over the years it has adopted many changes. Interestingly enough, however, in this current edition there is no mention of pornography use as a diagnosable disorder. There is a section on sexual dysfunctions and a very large section on substance use, but nothing that addresses the devastating and serious addictive nature of pornography use.

I used to work as a therapist in a drug and alcohol rehabilitation center in southern California. As I worked with clients I would often hear them talk about relapse. One of the most common stories that I heard was that overcoming their addiction to marijuana, alcohol, meth or other drugs was nothing compared to overcoming their addiction to pornography. This blew me away! I couldn’t believe that these men were more afraid of the internet than they were their drug dealer!

When dealing with pornography addictions it is important to understand that overcoming undesired behaviors is only half of the battle. Learning to deal with difficult emotions in life is a huge part of the battle. There has to be an increase in one’s emotional capacity (ability to tolerate difficult emotions) as life puts more and more on each of our plates. As a counselor in Utah County who specializes in pornography treatment, I have worked with both men and women who struggle with this issue. One common theme that my clients share is that they struggle to handle difficult emotions. They might not recognize this at first, but they all come to understand it through therapy. They learn to increasing their ability to deal with hard emotions which. This starts them down the road to recovery.

I am taking new clients at my Provo counseling center and would be happy to talk with you about your situation.